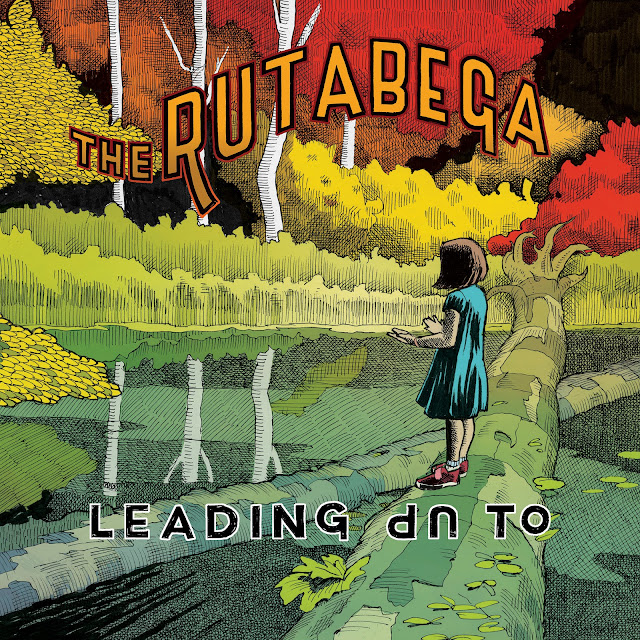 Via Comedy Minus One:

The Rutabega have returned with “Leading Up To,” their first album in six years! Hear the song “Unsilent” while you pre-order a copy today on the CMO site or through Bandcamp. Available digitally in full on October 28th with vinyl (160 gram black and orange variants in full-color reverse board jackets), compact disc and cassette release dates to follow. The Rutabega will also play the PRF Campout on October 22nd in Mattawan, MI.

“Oh, to fly above the cretins and all of their politics.” The heroic opening bars of “Plague,” the first song on Leading Up To, promise — and deliver — a rousing return for The Rutabega. Through 20 years and counting the band has grown an ecosystem rich with anthemic guitars, pop with a carbonated heart, and inexplicably resilient intimacy. In a true midwest weathering of the seasons, the South Bend, Indiana duo is here to remind us that there are things we can still rely on: ourselves, each other, and music.

Singer-songwriter/guitarist Joshua Hensley and drummer/carpist Garth Mason are as symbiotic as ever. It’s evident they’ve accrued more than a decade of live performance together. Each occupies their space and still manages to weave around the other in a full and fluid complement. We can hear the machinery sometimes, the glimpse of synth and the actual and figurative bells and whistles. This is the exertion of life, the natural friction of relationship rendered in a plaintive, driving plea. The outcome is songs that are as honest and hardworking as they come. The Rutabega are showing up for us, and inviting us to do the same. “You start to shout a healing sound. You start to shout, come on, come on.”

The first half of the record developed as much of the band’s work does, through the organic growth that happens while playing live. The Rutabega is a distinctly community experience, their shows are visceral points of connection. Though Hensley’s vocals tell a faceted story of human emotion on their own, he often invites friends and family to sing with him. His steadiest vocal collaborator on Leading Up To, Emily Trimboli-Hensley, is a light spilling out over every edge. Most of the second half of the record was developed in the studio. As Hensley tells it, the songs came together quickly, a function of their enduring collaboration, their trust in themselves, and in us, to do things differently. If anything, Leading Up To tells us that whatever we are, we’re always changing. We can transition from what we know and expect, what we reliably turn to, into something unfamiliar, but we’re still connected.

Lyrically and vocally, The Rutabega does not abandon us. Midway through the collection is “Gone,” a true-to-form nearly 10-minute expanding epic, the mighty taproot burrowing deeper into the darkness because that’s where the nourishment lies. “I came home and the house was dark, I could tell that something was wrong.” These are moments of tectonic shift and Rutabega pulls them into focus for us so we can better begin to map. We may not know where we are, but we’re here together. “Please don’t leave. Don’t be gone from us.” In “Walk On Ahead,” Hensley chronicles the end of his grandfather’s life, the gratitude in knowing we have said what we need to say, and the type of love that frees us. Mason lost his grandfather while the duo was recording, and the album is dedicated to their grandparents. The feeling of family is urgent throughout the record, as is the appeal that we are all family. “I’ll be beside you. I’ll be everywhere.”

The record closes with “Mulch,” darker and more driving than the handful of songs that precede it. This darkness is the familiar shadow of Rutabega’s hopefulness, a poignant return to some sonic and emotional churn. Something more like soil. And soil’s where we start again.

Like the forest and the mycelium, The Rutabega is generative. They know we’re moving forward, and they’re not afraid. “Our bodies become bread for the trees, become the fruit, become the seeds, we all break down.”


all songs performed by Joshua Hensley and Garth Mason 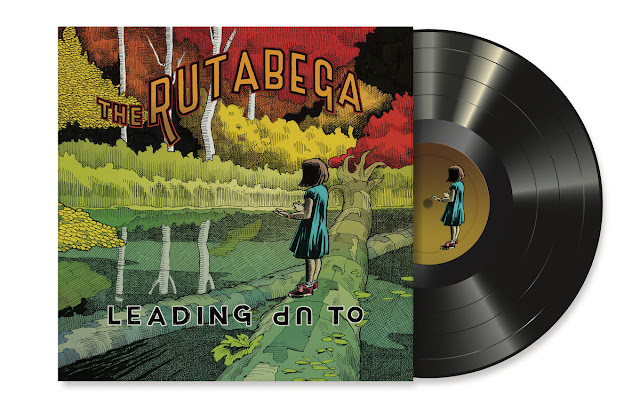 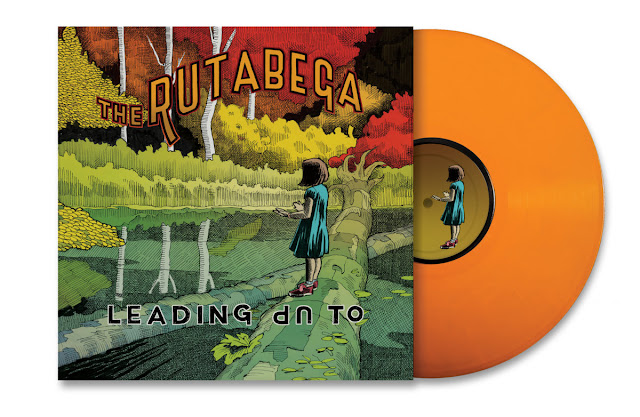